I'm attending the Black Hat Briefings in Las Vegas. I just caught the tail end of Richard Clarke's keynote speech. One thing he said in a final question that I thought was really cool and spot on is that the government should be monitoring terrorists and hacking in to their computers, but should not be monitoring everyday citizens. I wish more government (or former government) officials felt this way as well.

This Black Hat is the largest ever with over 4,000 attendants. They completely streamlined the registration process and it is operating much more smoothly than last year.

Here are some photos from his talk: 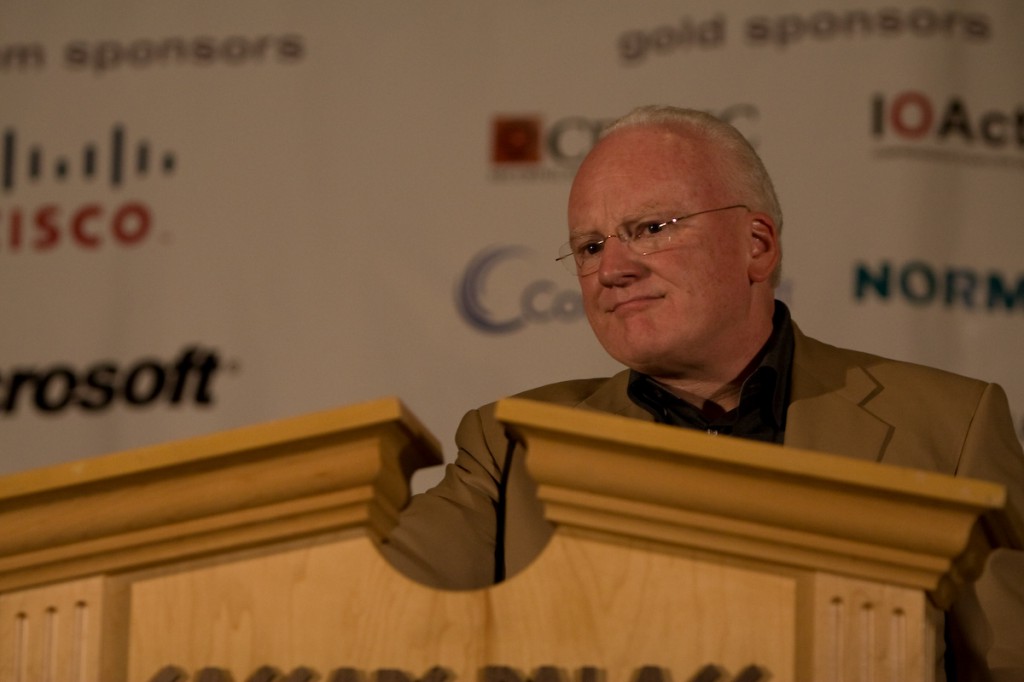 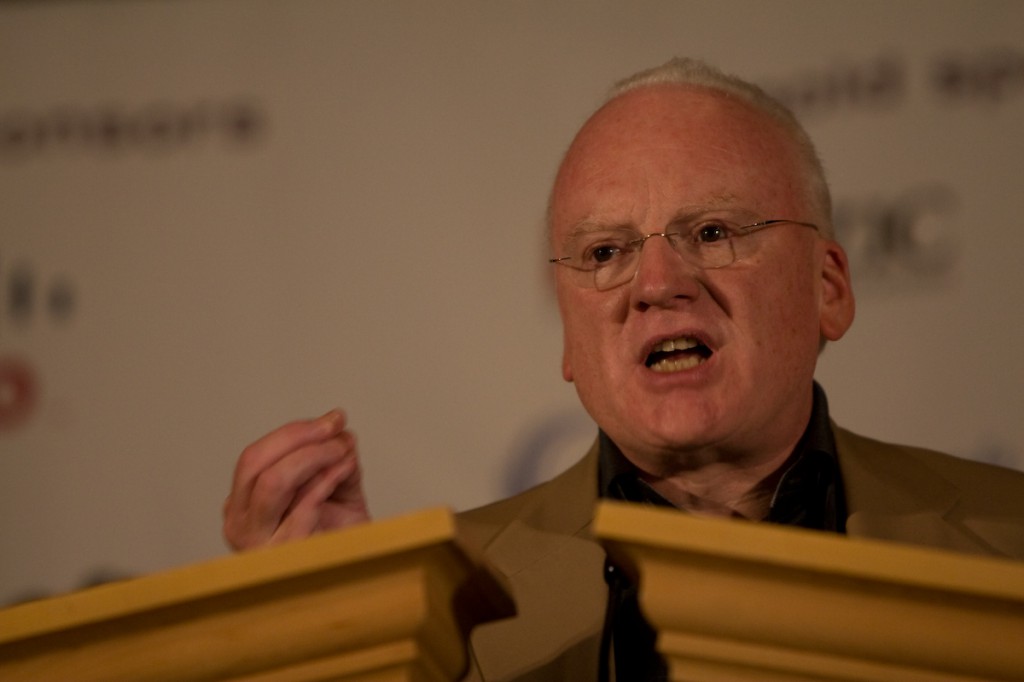 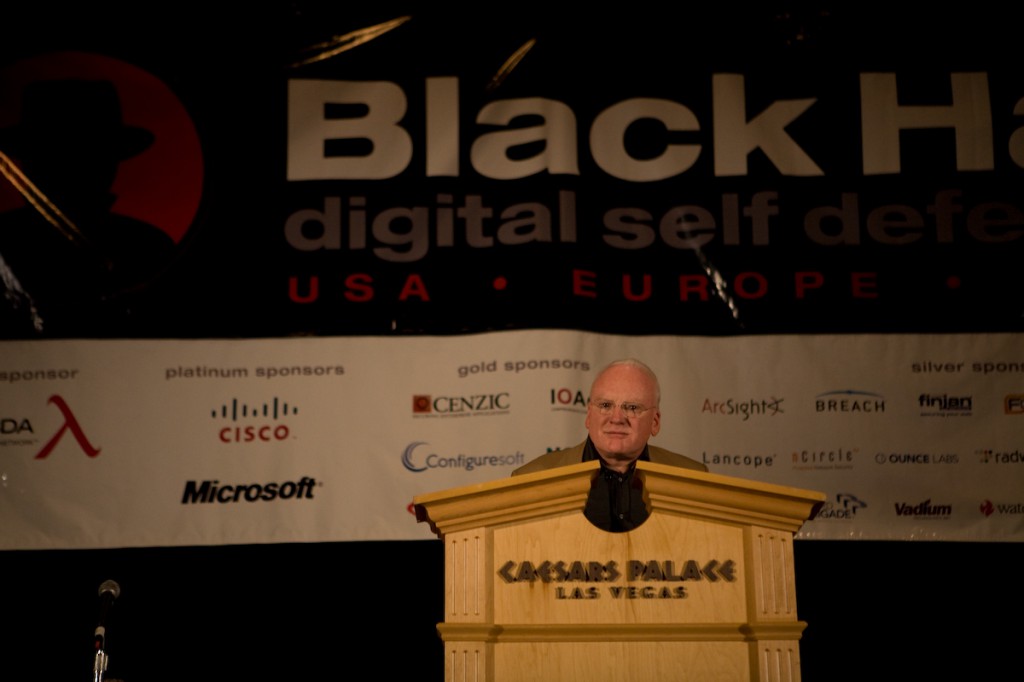 And here is what came in the swag bag: 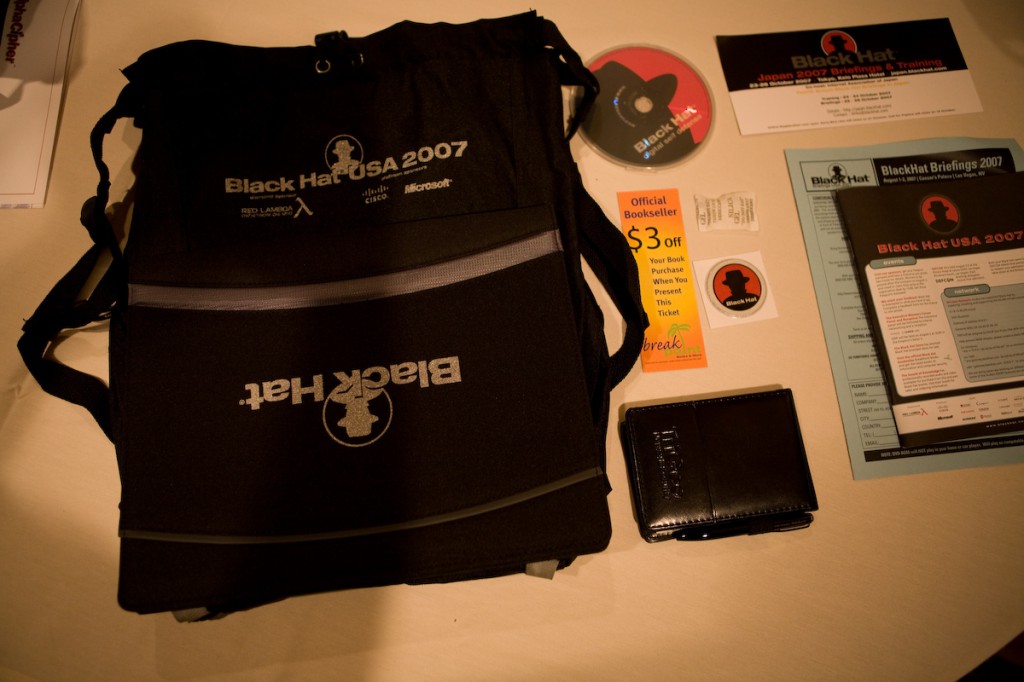