Discount I-Sobot or How to Get Robots Cheap

A couple years ago I found a Robosapien II on eBay by saving a search for "broken robosapien". I bought the robot for a tenth of its retail cost and when it arrived I found that it merely had a loose wire in the controller.

Last year when the I-Sobot was announced I wanted one, but the price was just too high for me to justify. I-Sobots are amazing little robots with a dozen servos that allow them to dance, do kung-fu, somersaults and much more. After watching a few videos showing their capabilities I knew I had to have one.

I saved a search on ebay right then for "broken i-sobot". A few months later that search came up with some matches. I bought two of them, figuring I could use the parts from one to fix the other.

As it turned out one of them just needed to be adjusted. So that was a working I-Sobot for about one tenth the retail cost. Win.

The other I-Sobot worked for the most part, but had some strange errors which I think were related to the processor. Either way, one working I-Sobot, and one semi-working I-Sobot made me happy enough.

If you're in to fixing things and don't mind taking a chance with a broken robot, I highly recommend searching for broken robots on eBay. In all likelihood the bot won't be broken or will just need minor adjustments. 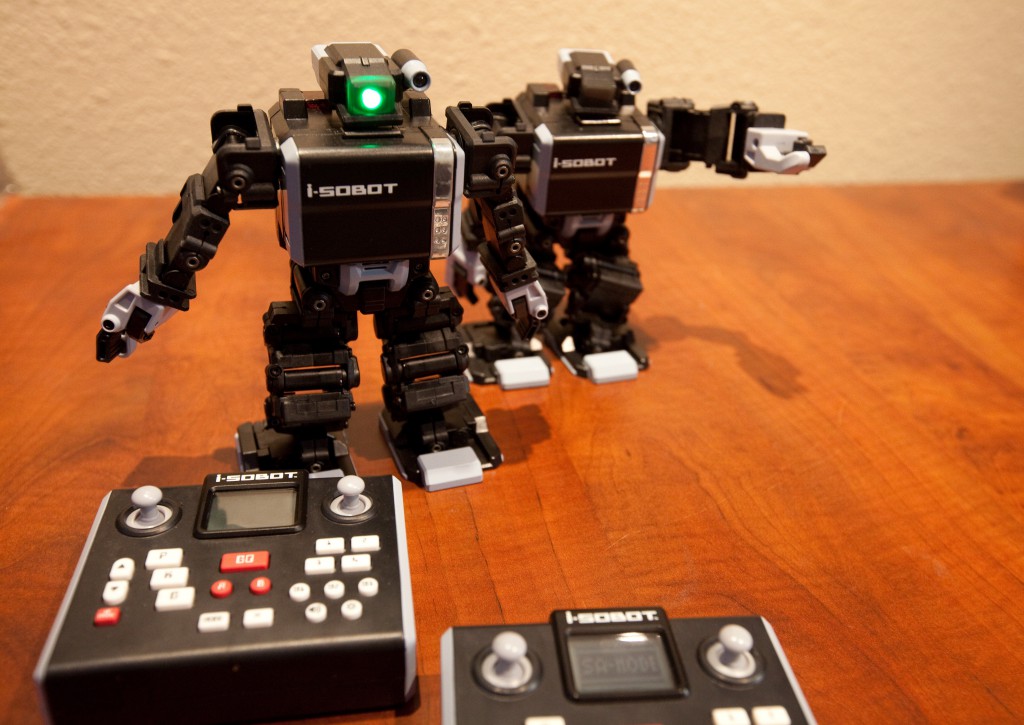