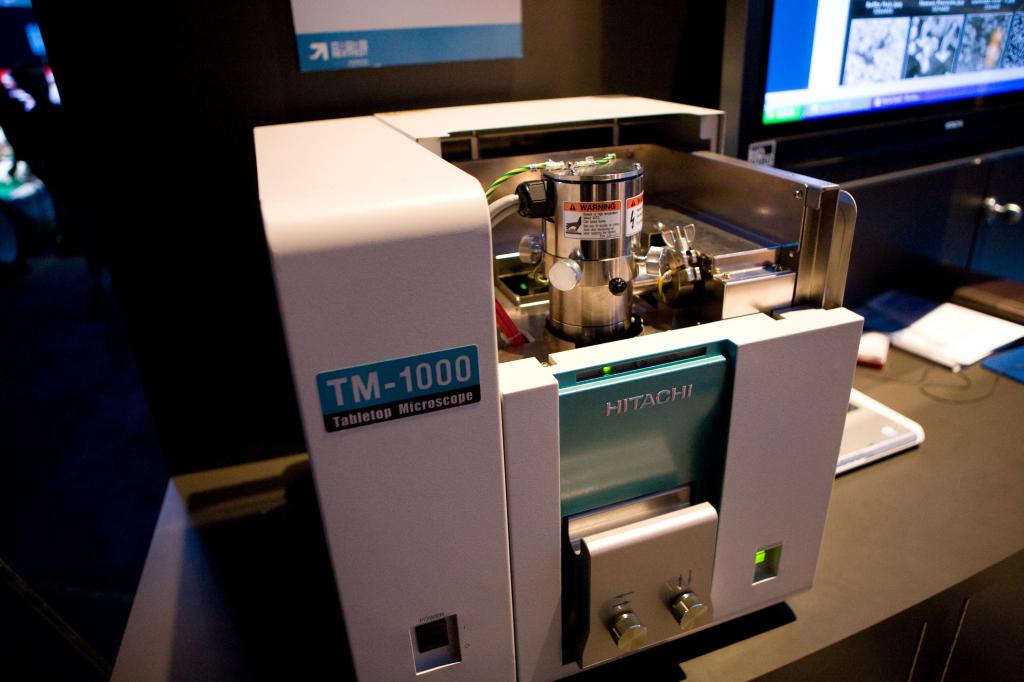 I have been a relatively good boy this year and I would like a shiny new Hitachi TM-100 Tabletop Scanning Electron Microscope. I know what you're going to say, "Dave, you already have a microscope and it can easily fit on a tabletop." Yes, that is true, but I have an old optical microscope and if I had an electron microscope just think of the photos I could take! They would by much cooler than these I took last year.

The WIRED Nextfest is coming up next week here in Downtown Los Angeles. I am really excited about many of the exhibitions. It's one thing to read about a cool robot online, but to actually see one in real life is even better, as long as it doesn't try and chop off your arm with its sword. I have compiled a list of what I think will be some of the more interesting robots at Nextfest:

Wired Nextfest takes place September 13th through the 16th in the South Hall of the LA Convention Center. Tickets will run you $20 if you're and adult, $15 with a student ID, and kids 2-12 are $5.

UPDATE I have added photos of the robots I saw at Nextfest. You can check out the rest of my photos here: Nextfest Day 1 and Nextfest Day 2.